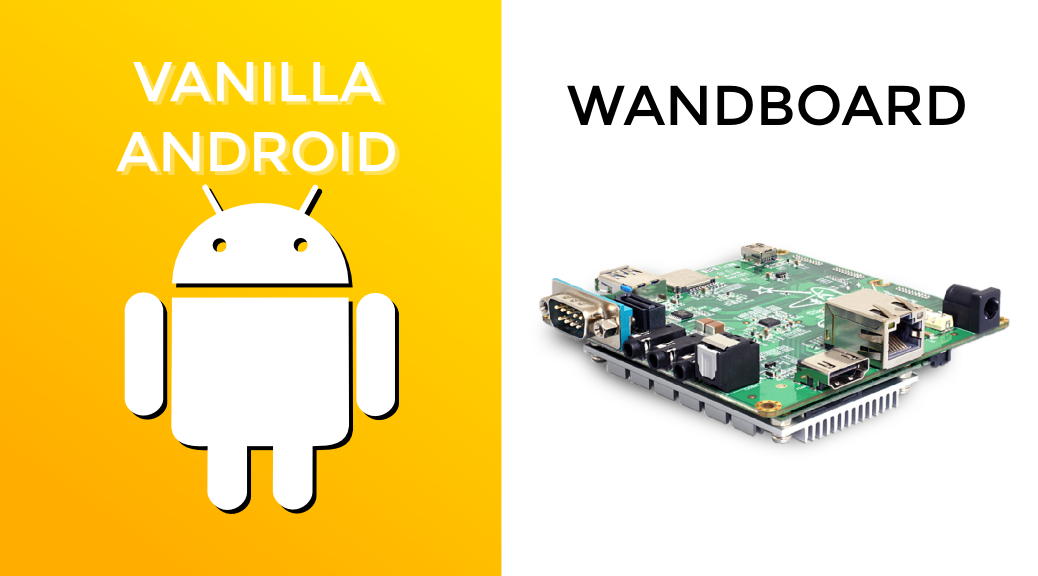 We will start by downloading, building and deploying the u-boot bootloader to a microSD card. Not to take anything away, this step is identical to the Wandboard u-boot instructions provided by Robert Nelson, thanks a lot for sharing! For completeness, I will add all instructions here as well.

If everything works fine, you should get a binary called u-boot.imx. This is our bootloader which must be placed on the SD card. Different chipsets have different mechanisms for obtaining the bootloader. For instance, on the Beaglebone a file called MLO and another u-boot binary is to be placed on the first FAT partition. The reason for this is that the location and name (‘MLO’) is unalterably burnt into the chip. For the Wandboard with its i.MX6 chipset, the process is slightly different. The u-boot.imx bootloader file needs to be placed at an offset of exactly 1024 bytes into the SD card’s storage, and is itself around 300KB in size. Therefore, it is important that we leave some space before the beginning of the first partition. Let’s just do that: insert an SD card into your host computer, and use the partitioning program of your choice. A nice and easy tool is “gparted” for instance.

On our SD card, we want to create 3 partitions:

You could of course use less space preceding before the first partition, this is just to be super safe. Here is a screenshot of what it should look like, when you are using gparted. Notice the unallocated region before the first partition. Also, note the device name in the upper right corner (“/dev/sde” in this case). When you are done with partitioning, we will copy the bootloader onto the SD card with the Linux “dd” command. Be very careful that you do not accidentally write to your computer’s hard disk instead. You should already know the SD card’s device name from the partitioning tool used earlier. Before continuing however, it is still a good idea to run “lsblk”, which will again list all the attached disk drives. Only execute the “dd” command, if you are certain that this is your SD card.

You can now try if the bootloader is recognized correctly. For this you will need to connect the Wandboard’s serial port with your computer, and use a serial terminal program such as “minicom”. The serial port settings should be

Insert the SD card into the Wandboard and power up the board. Of course, since we do not have a Linux kernel installed yet, nothing good will come of this 🙂 Nevertheless, some output similar to the following should be visible:

The next thing we need is a Linux kernel binary. Once more, check out Robert Nelson’s instructions.

The last step will download the Linux source code together with minimal patches. It will also download a recent cross-compiler. If you want to save bandwidth, you could also edit the system.sh file and adjust the CC variable, and in that case, your own cross compiler would be used instead. Furthermore, the configuration process is started, and after some time, you should be greeted with a menuconfig screen. Since we are aiming to run Android later on, navigate to the Android section and include the Android log driver (which is used for logcat) statically in the kernel. The Android section is found under Device Drivers – Staging drivers – Android. Navigate to “Android log driver” and hit “Y” or toggle spacebar until an asterisk is visible at the beginning of the line. Furthermore, you may want to enable UVC support for USB cameras and alike Also make sure that you have input event support for USB mices. The corresponding configuration should be enabled under

Then hit ESC repeatedly and choose to save the current configuration.

After finishing the configuration, the compile process also starts automatically and if everything works well, you will end up with a compressed kernel image in
/opt/android/armv7-multiplatform/KERNEL/arch/arm/boot/zImage
There is also a device tree blob/binary found in
/opt/android/armv7-multiplatform/KERNEL/arch/arm/boot/dts/imx6q-wandboard.dtb
(or imx6dl-wandboard.dtb for Wandboard Dual)

Our u-boot bootloader already has a lot of built-in environment variables. Have a look at u-boot/include/configs/wandboard.h for more information. The basic startup sequence is as follows:

To edit the kernel command line for instance, you could modify the file u-boot/include/configs/wandboard.h by setting “cmdline=…” and recompile u-boot. However, that is of course an impractical approach, especially for development purposes. To include a custom cmdline parameter, it is much easier to create an uEnv.txt file and put it on the first partition of our SD card under /boot/uEnv.txt. Within the uEnv.txt we are free to set our own parameters. As described above, mmcargs will be executed ultimately.

The default value of mmcargs as defined in u-boot/include/configs/wandboard.h is…

… and including your own parameters is done by setting “optargs” and “cmdline” in the uEnv.txt file. It would also be possible of course, to completely override “mmcargs” or even “uname_boot”.

An example uEnv.txt file would be:

Either create your own, or download this example uEnv.txt file, and copy it to the SD card. Notice, that the variable uname_r is set to 3.16. Therefore, our kernel binary should be named vmlinuz-3.16 as described above.

Again, try to boot the Wandboard with the current SD card. It should find the uEnv.txt as well as the compressed kernel and dtb file. After a few seconds, you will get a kernel panic “not syncing: No working init found”, which was to be expected. After all, there is no init binary on our SD card, yet…

This is where it gets exciting 🙂 Download the Android source code with the repo tool. In this tutorial, we are using the release branch “android-4.4.4_r1”.

Downloading will probably take a few hours, unless you already have a local Android mirror! Have a look at the official instructions for setting up your very own Android mirror, in case you are interested.

We started development by modifying the generic “mini_armv7a_neon” product under device/generic/armv7-a-neon. You can download our armv7-a-neon folder from here. Just copy its contents over your fresh install, this way, you can use git to see all the changes and also revert back if needed.

A few more changes are needed if you also want to be able to create a wireless access point (AP mode). There are two functions “wifi_get_fw_path” and “wifi_change_fw_path” from hardware/libhardware_legacy/wifi/wifi.c which need modifications. Just add a return statement right at the beginning of each, like so:

On some devices, there are different wifi module firmwares for “normal” STA mode, access point (AP), and peer-to-peer (P2P) mode. And those firmwares are dynamically loaded, depending on which mode is active. However, on the Wandboard only one firmware is used for all modes (although we did not test P2P specifically). Therefore, the above functions can be stubbed as described. Note that the firmware in armv7-a-neon/root_overlay is an APSTA variant with version 4.220.48, which was originally downloaded from this Wandboard forum post.

The external/wpa_supplicant_8 project contains the source code for both wpa_supplicant and hostapd version 2.1-devel. For AP mode to work properly, we need to replace hostapd with the newer 2.2 version directly from http://w1.fi.

Furthermore, if you also want to activate AP mode via the Android UI, comment out the “updateBluetoothState” function call in the Settings application:

The above fix is needed because we do not have proper Bluetooth support yet, and when the “Portable hostspot” tab is opened via the Settings application, the above function call would result in a Java NullPointerException.

Finally, we can start the Android build process!

Depending on your host computer, this may take up to a few hours. The last output you will get if everything succeeded should be something like this:

Deploying Android on an SD-card

This is a very important and often times underrated step. If Android fails to boot up, it is almost always a problem of an incorrect deployment. Android needs very specific permissions and ownership for its files. For instance, the init process will fail – for security reasons – if there are any “*.rc” scripts in the root directory with incorrect file permissions. Also, other files need their user and group id’s set to shell (2000), system (1000), wifi (1010) and so on. These custom Android user and group id values are defined in system/core/include/private/android_filesystem_config.h if you are interested.

Prepare an SD-card with 3 partitions and bootloader integrated before the first partition begins, as described above in the u-boot bootloader section. The first partition will be our root file system, which is where we put both the Android root and system directory. The second partition is used as cache, and the last partition as data, both of which will be left empty.

As mentioned, it isn’t enough to simply copy the contents of the out directory to our SD card partition. We also need to modify the file permission and ownerships first, after which we could create an archive to extract to the SD-card. This could be done by hand, but luckily there are already tools available for this task, namely mktarball.sh and fs_get_stats.

Have a look at the script “export-android-sd.sh” in the updated device/generic/armv7-a-neon folder. Change the first four variables if needed, especially ANDROID_ROOT, and then execute the script. If this is the first time you run export-android-sd.sh, it will create the mentioned host tool “fs_get_stats”. The output should look something like this:

Now re-run the export-android-sd.sh script, which will take some time, especially for extracting the system folder.

Some useful commands for host and target

Also, here is a compiled busybox binary for Android. Install and use with the following commands

21 Replies to “Building and Deploying Vanilla/AOSP Android 4.4.4 for the Wandboard”